Prophetic Era (Or How Yahveh Became The One) 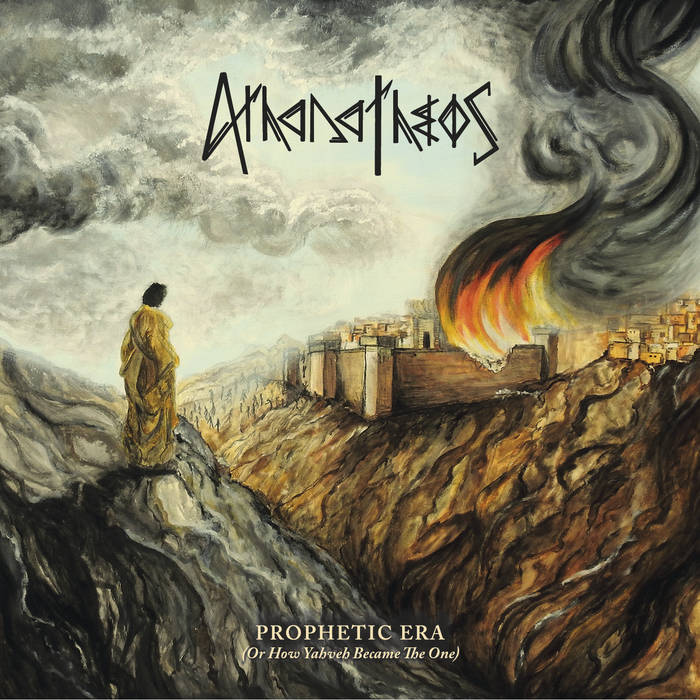 Following up the 2012 debut "Alpha Theistic", AthanaTheos returns with its second album "Prophetic Era (Or How Yahveh Became The One)" to further pursue the atheistic journey. A journey which is yet to be expanded on upcoming AthanaTheos album.

"Prophetic Era (Or How Yahveh Become The One)" is comprised of 7 songs clocking at around 48 mins. The music can be described as predominantely Death Metal but adjectives as "blackened", "doom", "epic", "atmospheric", "dissonant" and others may be added to tag the music properly. The compositions are varying in many aspects. There's even melodic Gregorian-like chanting incorporated and fully created by the band. You need to listen plenty of times to feel and hear it all.

Given the big concept of five or more albums, the narrative part of the lyrics can not be omitted since lyrics create an integral part of the music. Listening to AthanaTheos without reading lyrics at least once makes for a failure. The lyrics are an integral part of the music. A lot of characters and even nations are brought to life, speaking their story through the lyrics, arguing. It will make you listen to the story, following the journey and thinking about it. As if you were reading a book. All perfectly conveyed through the raw art of the album.

The Prophetic Era is impending!

—
All this makes for a unique and refreshingly meditative piece of epic death metal, exemplifying and perfecting a sophisticated and mature approach to the form that I thought we’d lost back in the late 1990s.
— Hate Meditations | hatemeditations.wordpress.com/2020/06/19/i-like-the-beats-and-i-like-the-yelling-athanatheos-ritual-mass-dominion-of-suffering