As Death, We Shall Walk

by BEYOND MORTAL DREAMS 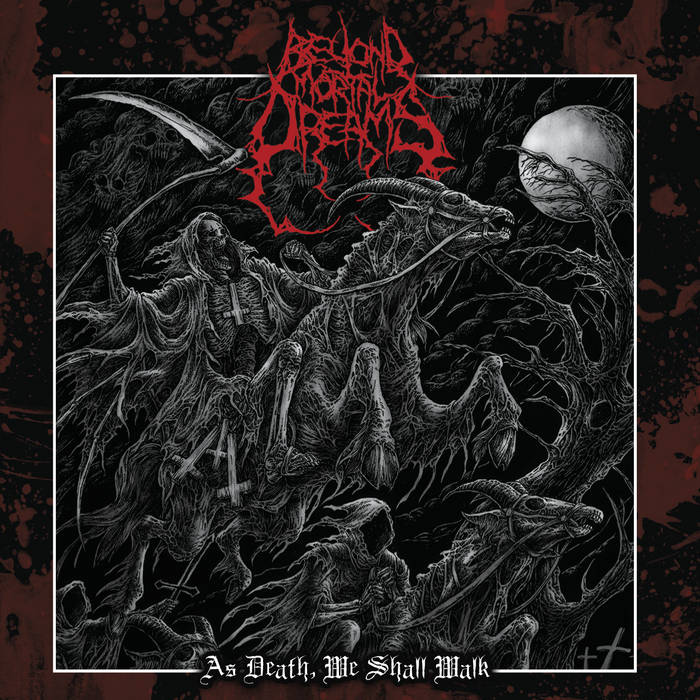 Entitled As Death, We Shall Walk, the album compiles the band's demo, promo and 2004 EP tracks, along with a cover of NOCTURNUS' "Lake of Fire" featuring Mike Browning on backing vocals, and a re-recording of "Underground Dwellers." The album serves to expose fans to a surprisingly fresh collection of song from the past, as BEYOND MORTAL DREAMS prepares for the release of its sophomore full-length in 2017. Stream the NOCTURNUS cover at this location.

The CD comes with an eight-page booklet filled with photos from the old days. Also included are liner notes written by band's ex-drummer Hellaeon, which perfectly captures the passion of the early days; a passion that continues to burn to this day.

The album is not available for digital purchase and complete digital stream at this moment.
You can order As Death, We Shall Walk at store.lavadome.org