by DAY OF DOOM 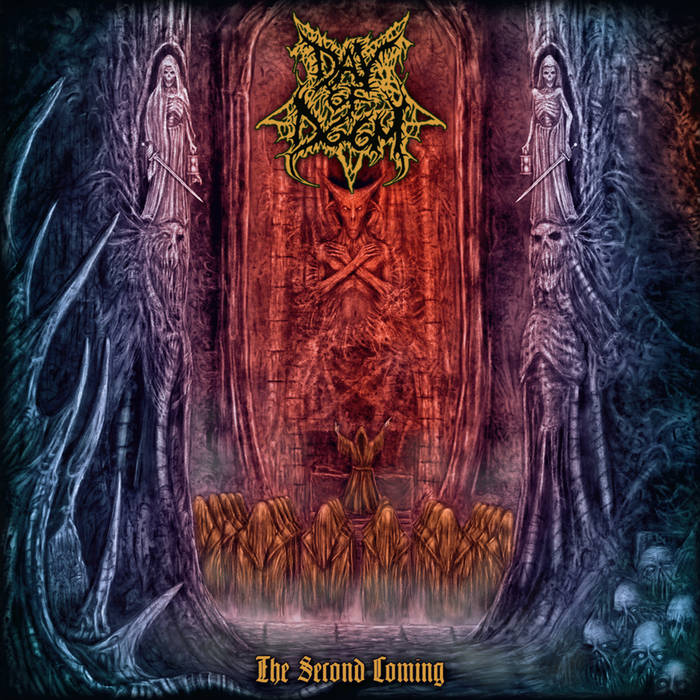 The Second Coming is fourteen tracks representing the evolution of this devastating Long Island band. Night of Horror features Doug Cerrito (ex-SUFFOCATION) who not only co-produced the album, but also lays down two leads on it. Expect an original mixture of NYDM sickness accompanied with horror psychedelia and chilling atmospheres, which intensified on the band's third album The Gates of Hell, which was released by Lavadome Productions in 2014. The band is currently finishing their new album, Descent of Humanity, on which DAY OF DOOM further refines its musical attack.

Order The Second Coming at store.lavadome.org