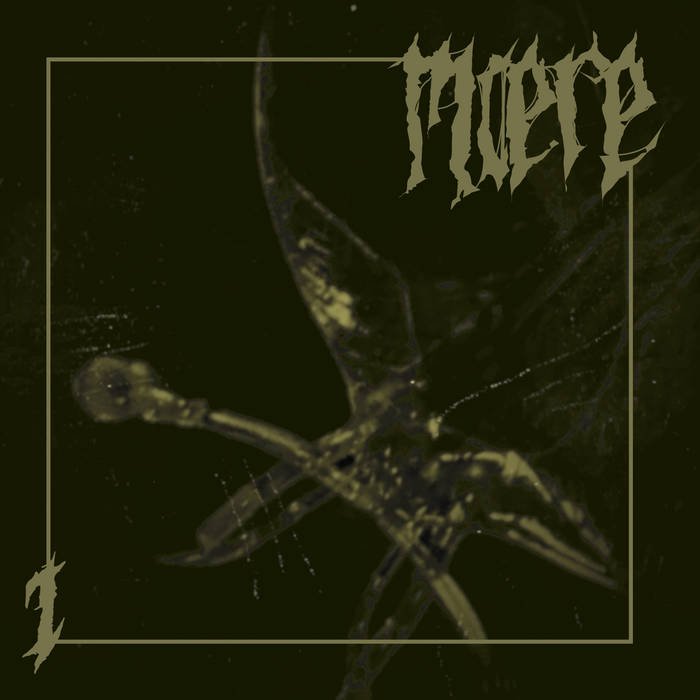 kraeark of one track alone this is impressive and brutal, off the path into some other area of existing.

Mære's six songs debut material, entitled "I", brings us a manifest of dinkum Death Metal obscurity: Old school in its core, contemporary in its vision.
The intense, daunting bleakness pouring from the soundwaves of "I" does feel like freezing magma. Moving and paralyzing in one fascinating phase. As Mære are progressing forward with each track, toying behind the shadows with the shadows, the rhythms spread wider and the riffs cut deeper. At the same time, the force of resounding dissonance and elaborate riffs' composition becomes sense–strangulating, ever consuming...transcendental fire of art.
Exceptional debut.

Side note: Mære was formed by three ex-members of Ingurgitating Oblivion in order to follow their own vision of Death Metal.

The CD version comes in a transparent jewelcase including full colored, 12 sided booklet. The disc is a black polycarbonate one. Don't miss this edition out.
You will find more images in the Lavadome web store.
store.lavadome.org/product_info.php?products_id=1948